Home | About us | Executive committee

The management team is responsible for: 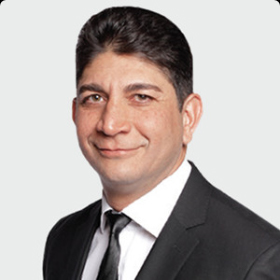 
Shameel joined Vodacom in 1994 and currently serves as Chief Executive Officer at Vodacom Group Limited, a position he has held since 2012. He has extensive telco experience having operated at a senior level in various companies across the group for the last 22 years, including Managing Director at Vodacom South Africa and Chief Executive Officer at Vodafone Spain. Shameel holds board positions at Vodacom Group Limited, Safaricom Plc, and a number of subsidiary boards across the group. Shameel served on the Vodacom Group Board from 2000 until March 2011, when he was seconded to Spain. He was re-appointed to the Vodacom Group Board in September 2012 after his return from Spain. Shameel also sits on the board of Business Leadership South Africa. He was appointed to the Vodafone Group Exco in April 2020. 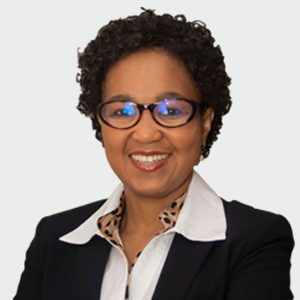 
Raisibe serves as Chief Financial Officer of Vodacom Group with effect from 1 November 2020. She joined Vodacom from Nedbank Group Limited where she was the Group Chief Financial Officer since September 2009. Raisibe has spent over 26 years in the financial services industry in South Africa and has acquired experience in banking and insurance. Raisibe has previously served as an executive director of Sanlam Limited and prior to that an executive of the Industrial Development Corporation. Her experience spans Investment Banking, Private Equity, Corporate Lending and Insurance. In her career she also served in various boards of listed and non-listed companies in her executive capacity or a shareholder representative. She has extensive experience in audit committees where her experience includes serving as a member of the committee or chairperson. 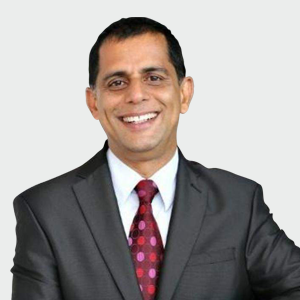 is an alumni of the Harvard Business School and Mayo College and holds a Degree in Mechanical Engineering from Engineering College, Kota and an MBA from Podar Institute of Management in Jaipur, India.


Balesh was appointed to the role of Managing Director and executive director of Vodacom South Africa with effect from 1 September 2020. Balesh was previously the Director of Special Projects for the Vodafone Group, where he has recently supported the roll out of a new telecom operation in Oman and has been tasked with driving the Covid-19 response for African markets. Previously, he was CEO of Vodafone Idea and the Chief Operating Officer of Vodafone India. He successfully oversaw the integration of Vodafone Idea and drove the strategy and execution of the combined business, delivering substantial synergies in the very first year post merger.

Balesh has been with Vodafone Group for over 17 years and in the past he has held various senior management positions including CEO, Vodafone Czech Republic and CEO Vodafone Malta. Before joining Vodafone Group Balesh has worked for Hutchison, BPL Mobile, Xius, DCM, Ricoh and Xerox. 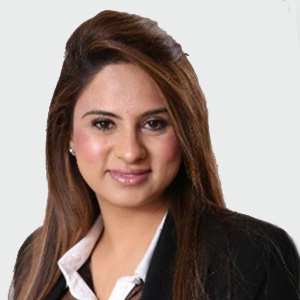 
Mariam was appointed as Chief Officer: Vodacom Financial and Digital Services in February 2019. Mariam joined the Vodacom Group in November 2016 serving as the Managing Executive of Financial Services. Since joining Vodacom Mariam has successfully formulated and implemented a clear Financial Services strategy with three core focus areas (Payments, Lending and Insurance) growing it to over a billion rand profit business, making it a meaningful player in the Financial Services industry in South Africa. Mariam believes that her flair for innovation and new business development allows her to generate creative business solutions which benefit business as well as society. This year, Vodacom Financial Services is gearing up to launch a super app which will make digital financial inclusion a reality for more people than ever before. 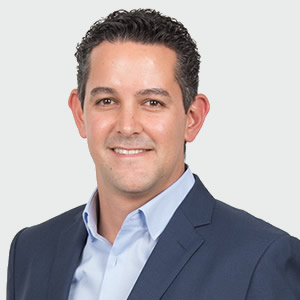 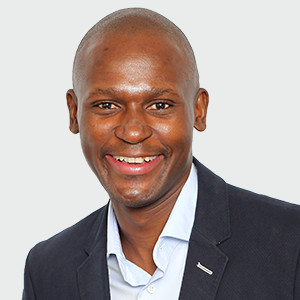 
Matimba is the Chief Human Resources Officer at Vodacom Group. Prior to this role, he was Managing Executive: HR for Vodacom South Africa until April 2014. Matimba has worked within the Vodacom/Vodafone Group since 2003 during which he worked in various roles within HR. He subsequently spent 3 years on secondment to Vodafone as Regional Head of Organisational Effectiveness & Change, and Regional Head of Talent within the Africa, Middle East & Asia Pacific “AMAP” region. Prior to his assignment to the Vodafone AMAP Region, Matimba was responsible for Talent Management at Vodacom for six years where he successfully delivered the integration of our talent strategy into the Vodafone global strategy. His previous experience includes key HR roles in blue chip companies such as BMW South Africa and Unilever.

Matimba represents the Vodacom Employee Trust (‘Siyanda’) on the YeboYethu Board, he is also a Non-Executive Director for Vodacom Tanzania PLC, Vodacom Mozambique and Vodacom Lesotho. Matimba was appointed to the Unisa GSBL Advisory Board on the 1st of June 2020. 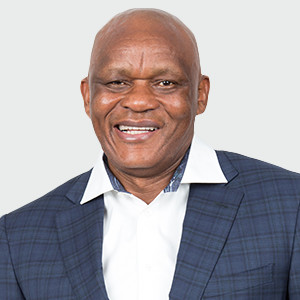 Qualifications: Masters in Law and Masters in Public Administration (Harvard), LLB and B. Proc (Wits)


Nkateko joined Vodacom as Chief Officer: Legal and Regulatory in September 2007. Prior to joining Vodacom, he held several positions at MTN, including Group Executive for Corporate Services where his responsibilities included Legal, Regulatory, Company Secretariat and the MTN Foundation. Nkateko was also CEO of the Independent Communications Authority of South Africa (“ICASA”). He was appointed to the Vodacom Group Executive Committee on 1 November 2010. 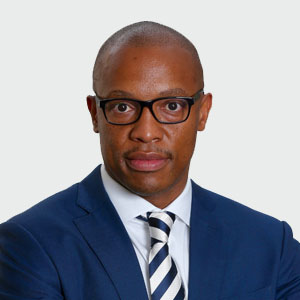 
Puso is the Chief Officer: Strategy and New Business Development since 1 June 2020. Puso is a Chartered Accountant and brings well over 16 years of experience in investment banking, having worked at multinational and local investment banks such as Investec, Deutsche Bank, Goldman Sachs and Rand Merchant Bank. He has worked across several disciplines, including mergers and acquisitions, disposals, restructurings, Debt Capital Markets and Equity Capital Markets. Prior to joining Vodacom, he co-headed Rand Merchant Bank’s Corporate Finance division and subsequently appointed as Business Development Director for clients in the telecoms and industrial sectors. 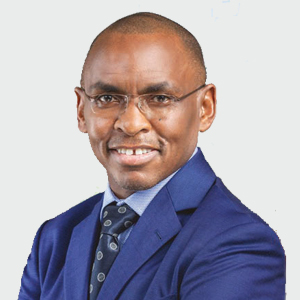 
Peter was appointed as a member of the Vodacom Group Executive Committee with effect August 2020.

Peter Ndegwa is the Chief Executive Officer (CEO) of Safaricom PLC, a leading communications company in Africa and pioneer of M-PESA, the world’s most developed mobile payment system.

Peter joined Safaricom on April 1st, 2020. He is an experienced Board level leader with a wealth of experience in General Management, Commercial and Business Strategy, Sales and Finance Operations, having spent over 25 years in various roles within the Financial Services and Fast-Moving Consumer Goods (FMCG) sectors in Africa and Europe.

In his most recent role, Peter was responsible for Diageo PLC operations in 50 countries in Western and Eastern Europe, Russia, Middle East and North Africa regions. Previously, he served as CEO in Guinness Nigeria PLC and Guinness Breweries PLC, transforming the two operations to deliver a double-digit growth by investing in people, introducing new brands and re-organising the businesses.

As a Chief Executive in several markets within the Diageo Group, Peter demonstrated ability to transform businesses and organisations to deliver superior results. He has a real passion for delivering value to customers (with his principle of customer first), investing in talent and getting things done.

Peter served for eight years across a range of senior Executive Director roles at East Africa Breweries Limited (a Diageo subsidiary) based in Nairobi. Serving as the Group Chief Finance Officer (CFO), Group Strategy Director, Sales Director, and as an Executive Director on the EABL Board, he was part of the team that saw the EABL business more than doubled in value – and winning the coveted Most Respected Business Award in East Africa for five years in a row.

Peter is credited with the development of an affordable-beer strategy for EABL resulting in the production of new brands such as Senator beer which became one of the of the most successful innovations by Diageo. He started his career at PwC, the global consulting firm, where he worked for 11 years. Peter draws his inspiration, in particular from his early upbringing laying the foundations for his strong value set, from his teachers and the legendary Dr Geoffrey Griffin - the late founder of Starehe Boys Centre- his alma mater, and his parents. 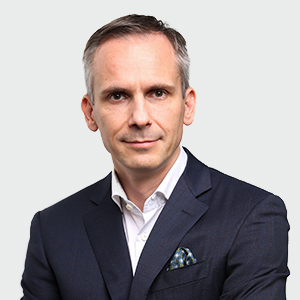 Qualifications: A graduate of the University of Maribor, is enrolled in an MBA program at IEDC Bled and has also studied at Harvard University, Boston in the United States and INSEAD.


Dejan was appointed as Chief Technology Officer for Vodacom Group and a member of the Vodacom Group Executive Committee with effect from August 2020. He was also appointed director of Vodacom Tanzania Pty Ltd, Vodacom Lesotho Pty Ltd, VM S.A. (Mozambique). Dejan joined Vodacom from Ooredoo Group where he served as Chief Technology and Information Officer for PT Indosat Ooredoo Tbk based in Jakarta, Indonesia. Prior to this, he has served in senior executive roles for over 17 years in the telecommunications and ICT industry across Europe, Asia and Africa. During this time, he has held several senior executive leadership positions including CTIO at Mobiltel AD, Chief Technology Officer of AMIS Ltd, Cluster Executive Director, CTIO at Vip Mobile (A1) Ltd, and Delivery Manager at IBM CEE in the GTS division.